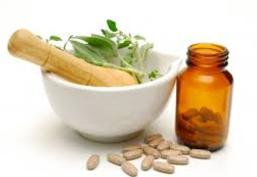 What is herbal medicine?

Herbal medicine -- also called botanical medicine or phytomedicine -- refers to using a plant's seeds, berries, roots, leaves, bark, or flowers for medicinal purposes. Herbalism has a long tradition of use outside conventional medicine. It is becoming more mainstream as improvements in analysis and quality control along with advances in clinical research show the value of herbal medicine in treating and preventing disease.

What is the history of herbal medicine?

Plants have been used for medicinal purposes long before recorded history. Ancient Chinese and Egyptian papyrus writings describe medicinal uses for plants as early as 3,000 BC. Indigenous cultures (such as African and Native American) used herbs in their healing rituals, while others developed traditional medical systems (such as Ayurveda and Traditional Chinese Medicine) in which herbal therapies were used. Researchers found that people in different parts of the world tended to use the same or similar plants for the same purposes.

In the early 19th century, when chemical analysis first became available, scientists began to extract and modify the active ingredients from plants. Later, chemists began making their own version of plant compounds and, over time, the use of herbal medicines declined in favor of drugs. Almost one fourth of pharmaceutical drugs are derived from botanicals.

Recently, the World Health Organization estimated that 80% of people worldwide rely on herbal medicines for some part of their primary health care. In Germany, about 600 - 700 plant based medicines are available and are prescribed by some 70% of German physicians. In the past 20 years in the United States, public dissatisfaction with the cost of prescription medications, combined with an interest in returning to natural or organic remedies, has led to an increase in herbal medicine use.

How do herbs work?

In many cases, scientists aren’t sure what specific ingredient in a particular herb works to treat a condition or illness. Whole herbs contain many ingredients, and they may work together to produce a beneficial effect. Many factors determine how effective an herb will be. For example, the type of environment (climate, bugs, soil quality) in which a plant grew will affect it, as will how and when it was harvested and processed.

How are herbs used?

Often, herbs are used together because the combination is more effective. Health care providers must take many factors into account when recommending herbs, including the species and variety of the plant, the plant's habitat, how it was stored and processed, and whether or not there are contaminants (including heavy metals and pesticides).

What is herbal medicine good for?

Herbal medicine is used to treat many conditions, such as allergies, asthma, eczema, premenstrual syndrome, rheumatoid arthritis, fibromyalgia, migraine, menopausal symptoms, chronic fatigue, irritable bowel syndrome, and cancer, among others. It is best to take herbal supplements under the guidance of a trained health care provider. For example, one study found that 90% of arthritic patients use alternative therapies, such as herbal medicine. Since herbal medicines can potentially interact with prescription medications, and may worsen certain medical conditions, be sure to consult with your doctor or pharmacist before taking any herbs. Some common herbs and their uses are discussed below.

Ginkgo (Ginkgo biloba) has been used in traditional medicine to treat circulatory disorders and enhance memory. Although not all studies agree, ginkgo may be especially effective in treating dementia (including Alzheimer's disease) and intermittent claudication (poor circulation in the legs). It also shows promise for enhancing memory in older adults. Laboratory studies have shown that ginkgo improves blood circulation by dilating blood vessels and reducing the stickiness of blood platelets. By the same token, this means ginkgo may also increase the effect of some blood-thinning medications, including aspirin. People taking blood-thinning medications should ask their doctor before using ginkgo. People with a history of seizures and people with fertility issues should also use concern; Speak with your physician.
Kava kava (Piper methysticum) is said to elevate mood, enhance wellbeing and contentment, and produce a feeling of relaxation. Several studies show that kava may help treat anxiety, insomnia, and related nervous disorders. However, there is serious concern that kava may cause liver damage. It's not clear whether the kava itself caused liver damage in a few people, or whether it was taking kava in combination with other drugs or herbs. It's also not clear whether kava is dangerous at previously recommended doses, or only at higher doses. Some countries have taken kava off the market. It remains available in the United States, but the Food and Drug Administration (FDA) issued a consumer advisory in March of 2002 regarding the "rare" but potential risk of liver failure associated with kava containing products.
Saw palmetto (Serenoa repens) is used by more than 2 million men in the United States for the treatment of benign prostatic hyperplasia (BPH), a noncancerous enlargement of the prostate gland. Several studies suggest that the herb is effective for treating symptoms, including frequent urination, having trouble starting or maintaining urination, and needing to urinate during the night. But not all studies agree. At least one well-conducted study found that saw palmetto was no better than placebo in relieving the signs and symptoms of BPH.
St. John's wort (Hypericum perforatum) is well known for its antidepressant effects. In general, most studies have shown that St. John's wort may be an effective treatment for mild-to-moderate depression, and has fewer side effects than most other prescription antidepressants. But the herb interacts with a wide variety of medications, including birth control pills, and can potentially cause unwanted side effects, so it is important to take it only under the guidance of a health care provider.
Valerian (Valeriana officinalis) is a popular alternative to commonly prescribed medications for sleep problems because it is considered to be both safe and gentle. Some studies bear this out, although not all have found valerian to be effective. Unlike many prescription sleeping pills, valerian may have fewer side effects, such as morning drowsiness. However, Valerian does interact with some medications, particularly psychiatric medications, so you should speak to your doctor to see if Valerian is right for you.
Echinacea preparations (from Echinacea purpurea and other Echinacea species) may improve the body's natural immunity. Echinacea is one of the most commonly used herbal products, but studies are mixed as to whether it can help prevent or treat colds. A review of 14 clinical studies examining the effect of echinacea on the incidence and duration of the common cold found that echinacea supplements decreased the odds of getting a cold by 58%. It also shortened the duration of a cold by 1.4 days. Echinacea can interact with certain medications and may not be right for people with certain conditions, for example people with autoimmune disorders or certain allergies. Speak with your physician.


Who is using herbal medicine?

Nearly one-third of Americans use herbs. Unfortunately, a study in the New England Journal of Medicine found that nearly 70% of people taking herbal medicines (most of whom were well educated and had a higher-than-average income) were reluctant tell their doctors that they used complementary and alternative medicine.


Are there experts in herbal medicine?

Herbalists, chiropractors, naturopathic physicians, pharmacists, medical doctors, and practitioners of Traditional Chinese Medicine all may use herbs to treat illness. practitioners of Traditional Chinese Medicine believe that the body is continually striving for balance and that natural therapies can support this process. They are trained in 4-year, postgraduate institutions that combine courses in conventional medical science (such as pathology, microbiology, pharmacology, and surgery) with clinical training in herbal medicine, homeopathy, nutrition, and lifestyle counseling.
​

What is the future of herbal medicine?

In some countries in Europe -- unlike the U.S. -- herbs are classified as drugs and are regulated. The German Commission E, an expert medical panel, actively researches their safety and effectiveness.

Kraft K. Complementary/Alternative Medicine in the context of prevention of disease and maintenance of health. Prev Med. 2009 May 22. [Epub ahead of print]

Sarris J, Panossian A, Schweitzer I, Stough C, Scholey A. Herbal medicine for depression, anxiety, and insomnia: a review of psychopharmacology and clinical evidence. Eur Neuropsychopharmacol. 2011; 21(12):841-60. 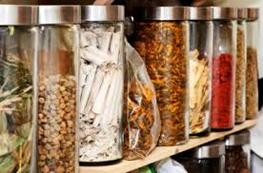