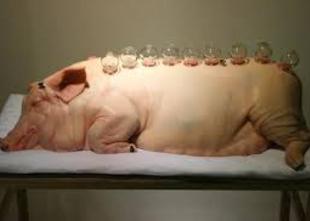 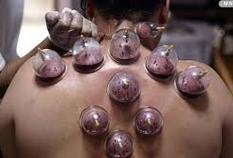 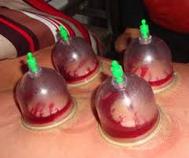 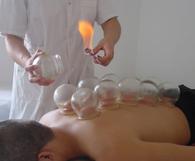 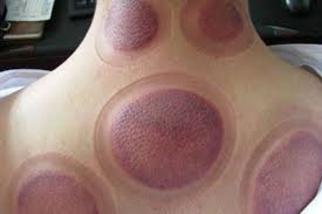 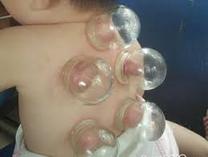 It can promote circulation of blood and lymph, regulate endocrine disorders so as to increase blood flow to the kidneys and much improve renal ischemia and hypoxia.

Kidney disease patients often have excessive building up of metabolic wastes and toxins in the body. Cupping therapy can intensify the functions of sweat gland and sebaceous glands and promote the excretion of some wastes from the skin.

Cupping therapy can also improve metabolism and promote gastrointestinal motility so as to much relive digestive symptoms for renal disease patients.

What is more, cupping therapy can alleviate many complications of kidney failure such as high blood pressure, arrhythmia, inadequate blood flow to the heart so as to much reduce the risk factors for kidney disease patients.

3. Help to discharge toxins in the blood
Powerful suction enable sweat pore expand, strengthen sweat gland and sebaceous gland, which is very helpful for the quick excretion of wastes and toxins.

Q: What is cupping?
A: Cupping therapy, different from common medicine, is a kind of alternative medicine in which a local suction is created on the skin. Suction is created by fire or extrusion method which can cause negative pressure inside the cup. When cup suck in skin, great stimulation to the location skin is created and because of this strong stimulation, temporary bruised painful marks on the skin will be made, but the mark usually fade within several days.​

Q: How cupping is performed?
A: The basic concept behind cupping is suction. There are two methods by which suction can be achieved:
The traditional method is administered by taking a glass cup or jar containing a cotton ball swabbed with alcohol. The cotton ball is then ignited and removed after air has been burned out of the cup. After which the cup is then placed on a specific location of the patient's body. The suction created will mark the patient's skin rises up inside the cup and blood rushes to the area. This method is known as "Fire Cupping". Practitioners believe it to be the more effective method.

Other practitioners prefer to use the manual suction cup method. In place of the flame, air is pumped from the cup manually after the cup is placed on the skin of the patient.

By pulling the superficial layers of skin and muscle upward, the flow of energy, blood and lymph are greatly increased which in turn releases toxicity and pain. The increased blood flow also speeds up healing to the area and often alleviates the underlying health issues.

Once cupping starts on the skin, the cups may remain stationary for 5 to 15 minutes, or may be slid across the skin with the aid of an oil lubricant or lotion. The general idea is that the stagnation of body fluids in the muscles and body tissues will lead to pain and other illnesses. Cupping improves the circulation and therefore will alleviate those problems.

For treatment of sprain, the affected area needs to be first punctured with sterile lancets before applying the cups. This procedure draws out a small amount of blood along with other harmful pathogens and toxins. The patient will feel dramatic pain and swelling reduction afterwards.

Q: How cupping works in TCM?
A: Cupping therapy works by reducing the pain we feel in our bodies. In TCM, pain is believed to be caused by problems relating to Qi flow. Where there is pain, there is blockage of Qi flow, when Qi is free-flowing, there will be no pain. Blockages can be related to stress in the body, imbalances of hormones and fluids, lack of blood flow, and elevated temperature in the muscles and joints. When cupping is placed on a problem area, the vacuum pull of the cup creates warmth and increases circulation that helps to move Qi. Very soon, as Qi flow resumes, you will feel that the pain is reduced.

Q:Does cupping hurt?
A: People who have never had it done think that cupping is painful because they often see bruises on the body after people receive treatment. However, patients normally report that the sensation during treatment simply feels as if someone is tugging on their skin. There are no reports of pain during or after treatment.

Cupping can leave discoloration on the skin. These marks can be red or purple and look like a bad bruise. However, unlike a bruise, there is no pain when moved or touched, and it fades within days. Doctors of TCM recognize this discoloration as a sign that there was blood stagnation (poor circulation) in the area, and that the cupping has cleared all or part of it. In subsequent cupping sessions, there will be significantly less discoloration, and eventually, none at all, signaling that all of the blood stagnation in the area has been resolved.